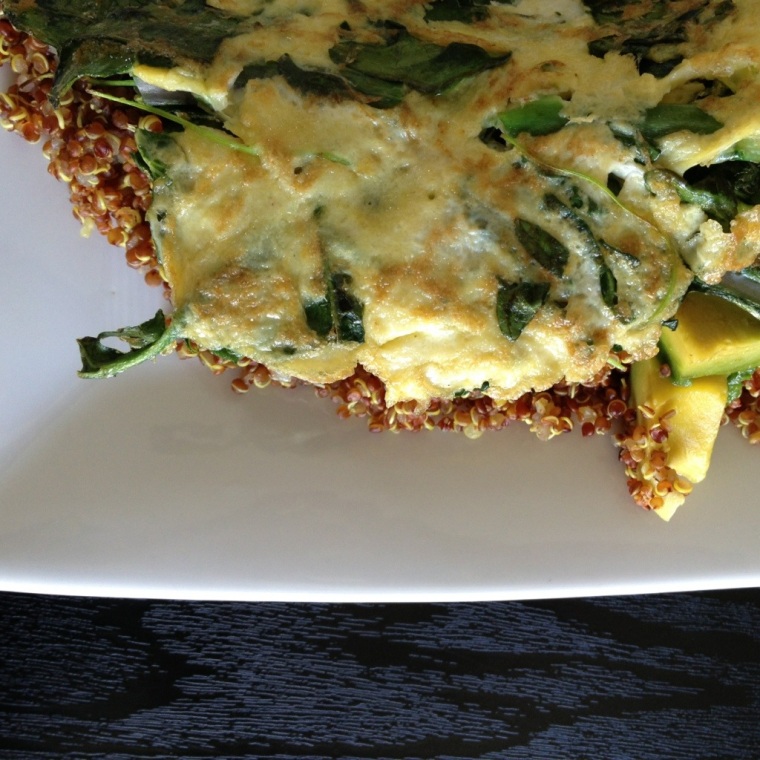 Savory and filling, yet refreshing and clean. Red Russian kale from the garden and eggs, over thick pieces of Bacon avocados on a bed of spiced quinoa.

It was Shane’s birthday and we woke up to an empty fridge and growling bellies. We had both been out of town for two weeks and gotten home the night before. We needed to go grocery shopping, but were too hungry to go. In the fridge there was a box and a jar filled with seeds I’m collecting. A Diet Coke we keep on hand in case our friend Simon comes over. Cookies shaped like the lead character of the show Shane works on that I plan to make into Christmas ornaments. A Brita filter in water that I’m hoarding in case the water in our pipes magically becomes not rusty and we start to use our Brita pitcher again. Our compost tupperware, a really old cabbage, and some new eggs: 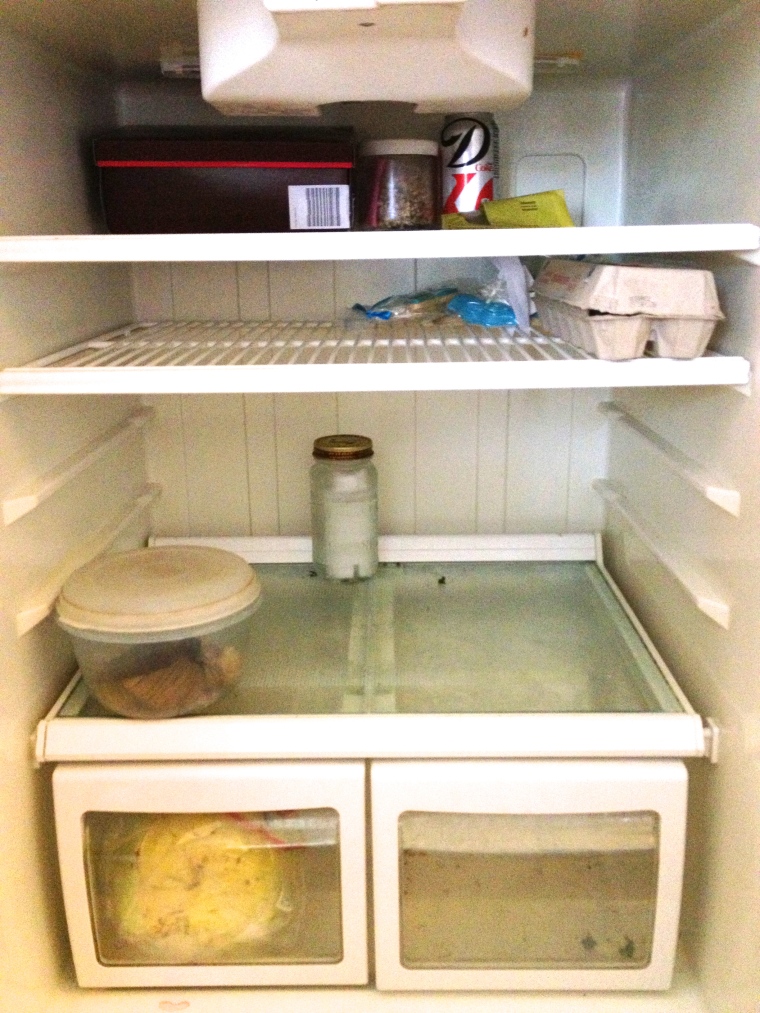 So we had eggs. Outside of the fridge, we also had two avocados from my aunt and uncle’s tree, the end of a bag of dry quinoa, and a lemon.

That is pretty close to becoming something! We thought we would cook the quinoa and then sauté it in oil, stir in the egg to make something like fried rice and then add spices and avocado. Which would have pretty good I’m sure.

But then we remembered we have a GARDEN!!! It only has one thing in it right now: KALE :)!

So Shane picked fresh kale and made kale omelettes. I played with the spices and quinoa. And he plated it snuggling avocados between the two. Here is the recipe:

We try to use organic everything. This amount makes two omelettes and leaves a lot of extra quinoa for later.

*The Berebere powder was a gift from our magical friend, Jenna Johnson. She brought it from a town near to our heart, Pittsburgh. It is commonly used in Ethiopia and Eritrea in Africa. It’s a blend of chili peppers, garlic, ginger, basil, korarima, rue, ajwain or radhuni, nigella, and fenugreek. If you don’t have this ingredient, it’s okay. If you want to buy berebere from the store that Jenna did, it’s called Penzey’s and they’re on Penn Ave in Pittsburgh. They also have locations in 24 states and an online store.

Instructions: Bring two cups of water to a boil, add quinoa, stir, lower to a simmer, add spices and cook until little holes of air appear scattered throughout the quinoa.

Rip up 2-3 leaves of kale and mix in a bowl with an egg. Heat the olive oil on high.

Shane heats it long enough so that when he puts his hand over the oil, he feels the heat, then he adds the kale and egg mixture.

After a few minutes of the egg cooking on the first side, when he sees the egg bubbling a bit, he checks to see if he can get the spatula under the egg. If not, he waits until he can, if so, he  flips the egg.

On the second side, he lets it cook for a bit again then presses it with the spatula. If uncooked egg comes out, he flips it again. Usually that’s all the flipping that is needed, but he’ll repeat this until the egg is cooked all the way through.